Everyone is talking about the need to “shift-left”, but it is not always clear what the implications are for infrastructure platform teams. This post looks at why enabling developers with management and operational capabilities is the next big shift that platform teams should embrace.

There are many stages in the life of an application that are typically disconnected from the rest of the software development lifecycle, a long-accepted fact of IT life that the DevOps movement is helping to address. They can be easily identified; if the application team has to open a service ticket to initiate an operational process it is disconnected, with handoffs that have the potential to add delays, introduce errors, and increase frustration between teams.

Like many DevOps principles, shift-left once had specific meaning that has become more generalized over time. Shift-left is commonly associated with application testing – automating application tests and integrating them into earlier phases of the application lifecycle where issues can be identified and remediated earlier (and often more quickly and cheaply).

More recently, shift-left has grown to include management and operational processes; for integration earlier in the application lifecycle, or to move operational capabilities closer to the developer or end user. Either way, the same benefits apply:

But isn’t DevOps a loop?

Yes, the application lifecycle is commonly depicted as a circle, and DevOps is a loop, but the phases still flow in a particular order. If you visualize an individual cycle where the phases flow from left to right, then the “shift-left” principle is clear, and the phraseology (mostly) works.

What we really mean is “include integration testing and security and operational processes as early as possible in the development cycle, to avoid discovering issues much later when they are harder and more costly to resolve”, but it does not have the same ring to it as “shift-left”.

If you recall from my previous post on DevOps personas and perspectives, we mapped DevOps personas to two perspectives – the provider and the consumer (of IT services or resources). These are not roles per se; more a continuum of priorities held by IT personas that change the closer they are to traditional development or operational roles.

And herein lies the rub. Should traditional development personas be accountable for security and critical operations (like resilience and availability) when we know these are not typically their main priorities or concerns? Well, they don’t need to be. When management and operational processes “shift-left”, it is not simply a case of platform and security teams handing over the keys and saying, “good luck”.

Shift-left management means providing curated access to operational capabilities, empowering developers and making operational considerations a key part of application development. Platform teams ensure compliance by building governance and policy into the automated delivery of the service, and developers get exposure to operational implications earlier in the cycle and in the context of their application.

What does it mean for developers?

For developers, this means that operational processes are available for consumption throughout the application lifecycle and not simply bolted on later. Security, for example, can now be everyone’s responsibility, because developers can integrate it in a way that is natural to them. Similarly, infrastructure is provisioned as needed, without gatekeeping or configuration delays.

Shift-left management is like providing a self-driving car for developers – they control the destination, climate and music, and the built-in intelligence controls the driving (following pre-programmed or machine-learned processes).

What does it mean for platform teams?

For platform teams, this means allowing access to operational processes, offering those capabilities as services to be consumed on-demand. Governance and policy are built-in, mitigating the risks and concerns of extending operational access to non-platform teams.

Using the same self-driving analogy, the platform teams configure the options for speed, directions, and number of passengers, and the automation determines how and when to safely change lanes or to yield.

How can VMware help?

At VMware, our Cloud Management solutions enable platform teams to deliver private and hybrid resources like a public cloud, and to empower the Cloud Center of Excellence and the lines of business to optimize resources across clouds. Listed below are some examples of common management capabilities that are “shifting-left”, and the VMware Cloud Management solutions that enable them.

Delivered by: CloudHealth by VMware – an optimization and governance platform that empowers organizations to speed up business transformation by providing insights into cloud costs, utilization and security, and enforce governance through management policies and workflow automation.

Delivered by:vRealize Operations – a self-driving operational management solution for private, hybrid and multi-cloud environments, that enables IT teams to be more proactive and agile through artificial intelligence and predictive analytics.

Delivered by: CloudHealth Secure State – a unified security monitoring approach for AWS, Azure, and Google Clouds to understand how a minor configuration change can elevate risk across all connected objects.

Commonly, cost or security implications are only discovered once an application is live or ready to go live. At this late stage it is much harder to efficiently resolve issues such as spiraling costs, or the performance impact of security controls.

Platform teams do not need to relinquish control to be effective, rather they should enable developers with relevant, contextual information to support decision making, and entitlements to critical operational processes that can be embedded throughout the software lifecycle.

Other posts in this series 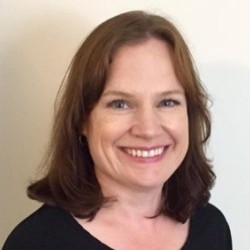